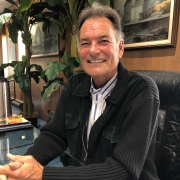 As many of you would know, the Town of Torbay and surrounding area has always held special meaning for our family. That is why I am so pleased to serve as Honorary Chair for the Get it on the go capital campaign. Torbay and all the communities that make up the Northeast Avalon represent so much of what we hold dear. Here we have classic examples of rural Newfoundland landscapes where strong communities have grown over centuries and continue to thrive. These communities share a rich history and the common values that have established this province as one of the warmest and most welcoming places on earth. It is not surprising that the region is growing.

Of course, with growth comes new needs. It is extremely important that the young families, the youth and the seniors who have built these communities have a central place to connect, a place were the history and traditions that make this region so special are not lost, but instead nurtured. Building this place is our vision and purpose.

This campaign to build the Torbay Common is about so much more than a new building; it is about creating a multigenerational gathering place large enough to bring everyone together as a community. And it is about the practical need to ensure that residents, the majority of whom commute to work, have a place at home where their families can access the programming that establishes good habits, enables rich and fulfilling lives and provides those role models in the community that create the strong citizens of tomorrow.

I invite you to join me in this important community initiative to build a much-needed “common ground” that will serve the needs of the region for many, many years to come! I am sure as you read on you will share my view and commitment to support the Torbay Common. Let’s get it on the go! 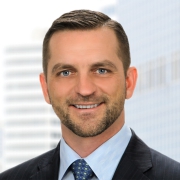 Brian Groves is an Assurance & Advisory Partner with Deloitte LLP and is the Marketplace Leader for Newfoundland & Labrador. He has over 20 years serving clients ranging from owner managed organizations to publicly traded multinationals. While Brian concentrates primarily on public companies, he has a breadth and depth of knowledge with respect to many service lines, serving many of the largest clients in the Atlantic practice. Brian has worked for clients in various sectors of the economy including power and utilities, mining, oil and gas, marine and fisheries.

Brian is a member of the Association of Chartered Professional Accountants of Newfoundland & Labrador. He holds a Bachelor of Commerce from Memorial University and obtained his Chartered Accountant designation (CA) in 1998. Brian was awarded the CA Early Achievement Award in 2005 for his outstanding contributions to his community and the profession. He was awarded the title of Fellow in 2014 and holds the designation of Fellow Chartered Accountant (FCA). As well, Brian achieved his ICD.D designation through the Directors Education Program at the Rotman School of Management, University of Toronto in 2014.

Brian is an Executive Member and past Founding Chair of the Institute of Corporate Directors, Newfoundland & Labrador Chapter; Member of the Advisory Committee, Faculty of Business Administration, Memorial University; and Member and past President of the St. John’s East Rotary Club.

Keith Bradbury is in his 40th year of selling Real Estate in Newfoundland. He is Broker and co-owner of the two RE/MAX offices of St. John’s and Mount Pearl He also co-owns four RE/MAX offices in the Greater Halifax Region. Over his many years, Keith has received many accolades from RE/MAX International and RE/MAX Canada for both selling and managing his Real Estate operations and is also an Honorary Lifetime Member of the Newfoundland and Labrador Association of Realtors.

Keith has been involved in many major fundraising Initiatives including Daffodil Place, Operation Cliffhanger (a joint fundraiser between the RNC, Health Care Foundation and a host of First Responder Organizations) and Canadian Breast Cancer, just to mention a few.

Carl English was born on February 2, 1981 in St. John's, Newfoundland to Kevin and Lavinia English and had four brothers: Peter, Michael, Bradley, and Kevin Jr. Following the loss of his parents, Carl began living with his aunt and uncle, Betty and Junior McGrath, and his cousins in the remote community of Patrick's Cove-Angels Cove in Newfoundland. His brothers were separated among different family relatives.

In Patrick's Cove-Angels Cove, English began playing basketball regularly on a makeshift hoop built by his uncle. Although Carl could only watch ice hockey on their television, which only offered two channels, his uncle often brought National Basketball Association (NBA) tapes from Ontario for him to analyze.[1] By the time English reached grade six, he frequently played with his older brothers, who he struggled to beat.

As English improved at basketball he sought to attract interest from American colleges so he moved to the Greater Toronto Area, where he lived with his cousin, and attended Oakville's Saint Thomas of Aquinas High School. Due to a school dispute affecting extra-curricular activities, he went mostly unnoticed until the summer of 1999, when English toured with a Canadian All-Star team and caught the eye of a few Division I schools. Baylor, Notre Dame and Hawaii were all impressed by what they saw: a six-foot five-inch (196 cm) athlete with significant range on his jump shot. English had the option of returning for another year of high school but chose a late summer scholarship offer from the NCAA Division I University of Hawaii.

On November 15, 2017, English returned home to sign with the St. John's Edge of the National Basketball League of Canada. In a move to give back to the province of Newfoundland and to play in front of his family, friends and the people of Newfoundland for the first time since HS he finished the regular season averaging 23.7 PPG while shooting 40% from the Three-point line.

Carl has been a mainstay on the national team since 2004. He played his final season 2015 - 2016. He was team captain for multiple years and led the team in scoring multiple summers. To know more about Carl’s professional career Click Here

Dorothy Keating is a partner with Noseworthy Chapman Chartered Professional Accountants.  Noseworthy Chapman is the largest local independent CPA firm in Newfoundland and Labrador serving the business and not for profit community for over 30 years.  Over her 25-year career as a FCPA, FCA, Dorothy has provided business advisory services to entrepreneurial, multinational, and non-profit clients of all sizes in Newfoundland and Labrador.

Dorothy has been an active volunteer in the community having served on the Board and assuming the leadership role as Chairperson of several organizations including the St. John’s Board of Trade, Association of Chartered Professional Accountant and the Institute of Chartered Accountants.  Dorothy currently sits as a board member of the Memorial University Faculty of Business Advisory Board.

Believing in the importance of giving to her community, Dorothy is currently Chair of the Finance Committee of Holy Trinity Parish and early in her career served for eight years as a municipal councilor with the Town of Torbay.

Dorothy earned Bachelor of Commerce (Cooperative) from Memorial University and is a member of the Association of Chartered Professional Accountants of Newfoundland and Labrador.  In 2012 she was awarded the prestigious FCPA, FCA designation for Chartered Professional Accountants who, through their outstanding achievements, including community leadership, bring distinction to the profession and serve as a role model for others.

Dorothy resides in Torbay with her husband, Dave Nesbitt, and her two children, Grace and Olivia.

Candace Moakler is owner/operator of Candace Moakler Event Architect Inc. Throughout her career, she has worked at senior levels provincially, nationally and internationally managing corporate community, visitor and media relations; event strategy and management; brand reputation; and logistics management. An active volunteer, she is currently a member of the Royal St. John’s Regatta Committee and the International Women’s Forum. She has also served on the board of the Helicopter Association of Canada, St. John Ambulance and the NL Lung Association.

Brenda has over 30 years of experience in the foodservice industry, most of them as an Owner / Operator with business experiences ranging from full-service catering, fast food, full-service restaurants, hotel food and beverage, fine dining, micro-brewery, casual dining and pubs.

Brenda has served a 19-year term on the Canadian Restaurant and Foodservice Association (currently Restaurants Canada), serving a 1-year term as Chairman of the Board from March 2009 – March 2010. During her 19 years on the CRFA Board, she has served as Chair of several committees as well as Chairman of CRFA Restaurant Caucus, consisting of 15- 20 MP’s from all parties and provinces. Ms. O’Reilly also served a 2-year term as a Canadian director on the National Restaurant Board for the United States. Brenda currently sits as an Honourary Director with Restaurants Canada.

In the mid-nineties, Ms. O’Reilly served a two-year term as a Director on the St. John’s Board of Trade, she also served as Lounge Sector Director on Hospitality Newfoundland Labrador (HNL) Board while sitting as President of the Newfoundland and Labrador Restaurant Association (now known as RANL). Currently, Brenda is serving a three-year term on the HNL Board of Directors serving as Finance Chair. She has also served a 6-year term on CRA’s small business task force representing the hospitality sector in Canada. As well Brenda served a 2-year term on a Federal Committee with the Status of Women (women in the trades).

Brenda served a second 2-year term on the Board of the St John’s Board of Trade, (2010 & 2011) and sat on their Municipal Committee. In addition to these boards and committees, Brenda was instrumental in starting the George Street Bar Owners Association and served as a Member of the Executive Committee for a number of years.

Currently, Brenda sits on an advisory committee with the Newfoundland Labrador Liquor Corporation with other members of the hospitality industry and NLC management.

Brenda is constantly working to make the business climate better for the foodservice and hospitality industry as well as all small business. She takes the time from her busy work schedule to meet with elected officials and top bureaucrats to represent the businesses point of view on issues directly affecting the success and viability of the restaurant and hospitality industry.

Brenda and her business partner believe in giving back to the community and support a number of charity organizations and also host a number of fundraisers in their establishments. The most notable charities that they have helped, include Children’s Wish Foundation, Candelighters (Camp Delight), Daffodil Place (Cancer Society), Salvation Army Christmas Hampers, St Vincent de Paul Christmas Hamper Drive, Alzheimers Association, the Janeway plus more.

Currently, Brenda is the COO for her group of companies, concentrating on growth and expansion.

Born and raised in Torbay, Brenda is married to her business partner, Craig Flynn.

June Perry, Owner, President and CEO of Pilot Communications, has over 25 years of leadership experience in the private, government and not-for-profit sectors. With a Master’s Degree in Learning Resources and Communications from Memorial University of Newfoundland, June has worked on communications challenges with large and small corporations and most of the healthcare boards in the province, and has extensive experience on corporate social responsibility files. June currently sits on the Board of Nalcor: Lower Churchill Management Corp., and the Smiling Land Foundation Board. She is a past Chair of Easter Seals NL and has served on the Campaign Cabinets of both Raise it Up for Rainbow Riders and the Home from The Sea Foundation in Newfoundland and Labrador. In 2014 she received Queen Elizabeth II’s Diamond Jubilee Medal for her community involvement. June is of Labrador aboriginal descent and has taken great pride in working on many projects throughout Labrador. Always ahead of the curve, June started her company in response to unmet needs in healthcare communications and then grew it to become one of Atlantic Canada’s most respected communications and marketing firms. June also owns and operates Goose Cove Retreat, an executive retreat property in Trinity, NL.